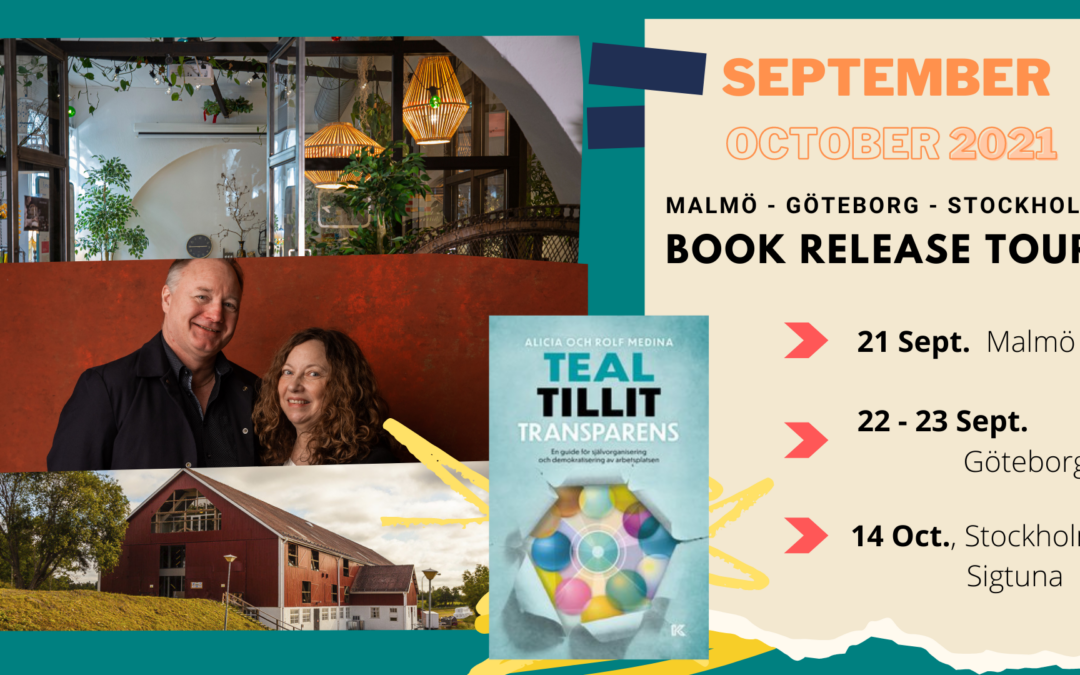 On September 21st the latest book by Alicia and Rolf Medina “Teal. Tillit. Transparens” has been released, published by Kunskapshuset Förlag.
The book is product of the academic and on-field research that Alicia and Rolf have worked on for several years about optimal ways of human development and organizing, and which have also brought them to the founding of Future of Organizing AB in order to be able to support organizations in improving their way of organizing.

The book particularly focuses on some of the most virtuous examples of companies and organizations that Alicia and Rolf have met and studied deeply during their research. The collection of their study’s results has been used for developing a new framework called DP-model (distributed-power), an optimizing approach for improving every aspect of an organization: from human resources management, to the decision-making processes, up to the finances (read more).

The preface of the book has been written by Jos de Blok, a wellknown pioneer in the same subject researched by Rolf and Alicia Medina, who have also recorded a video message for the book release (listen to it here below – in English).

The video has been also shared with the participants of the Book Release events around Sweden that have been taken place end of September and October 2021 in Malmö, Gothenburg and Stockholm. The events have been particularly special because some the people who have collaborated in “Teal. Tillit. Transparens” have been able to directly participate and meet up during these occasions, be able to brainstorm and share their experiences with each other and with the readers, as well as giving a brief insight over what can be found in the book.

The Book Release events have also been held at the premises and in collaboration with some of the main virtuous examples of organizations that can be found in the book. The first one took place in Malmö at Tenco an pioneer organization in the field of Service Design.
This is a short extract from Alicia Medina’s introduction (in English):

At the event attended also Maximilian Tropè which has also been a guest at Alicia and Rolf Medina’s webradio program “Tiden är NU!” in the episode about Decision-Making processes (he talks about the book here below, in Swedish).

The second event was hosted in Gothenburg by ProAgile, experts in Agile work methodologies, where Dunia reverter from K2K, who also wrote one of the book sessions “voice from the field about “Salary model and profit sharing” that is one of teh 12 areas of teh DP-model have attended from remote. 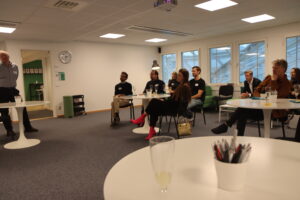 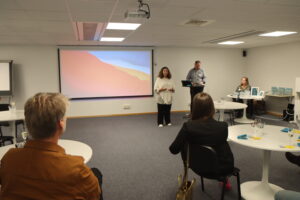 On October 14th a full-day of book-related events have been held in the Stockholm’s area. First in Sigtuna, where Betongfabriken have hosted a lunch party for the book release and where also the podcast episode with Karin Tenelius have been recorded. 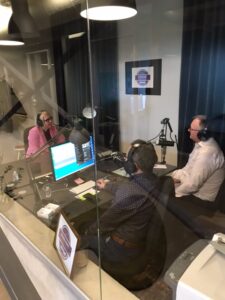 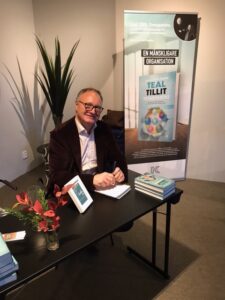 Lastly, the final big event was held at Centigo in central Stockholm, where some of the people from the companies presented in book attended in person and could spend some words about their own work and the results of Rolf and Alicia’s research.
Here are some short clips of the speech given by Karin Tenelius and Anna Elgh (CEO of Svenska Retursystem)

The authors are deeply grateful for the amazing participation received at the events and the appreciation that many readers have demonstrated for the book right after its release. “Teal. Tillit. Transparens” can be also ordered online from all the major stores like Bokus and Adlibris